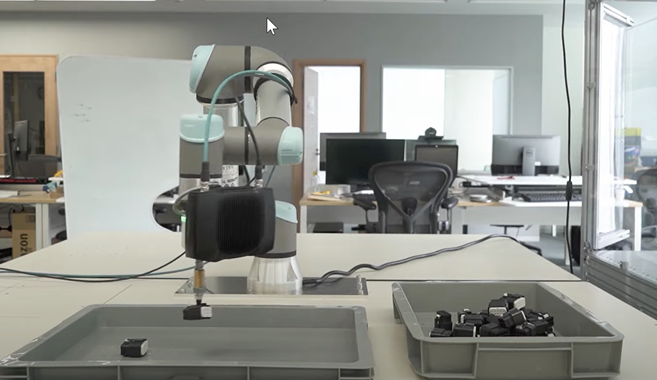 The world of manufacturing and logistics is undergoing seismic change through innovation. These innovations are not only desirable but necessary. Manufacturing and logistics are moving faster than they ever have, conversely there is a global crisis in labor availability. These new, cutting-edge piece-picking systems must match, and exceed what humans are capable of, and humans have astonishingly good visual systems. Ascent Pick from Ascent Robotics had to be able to correctly identify just about any type of object in a bin, even when wrapped up in shrink-wrap. It was a tough vision-system challenge.

Ascent Pick is a highly adaptive piece-picking system developed for general manufacturing and logistics deployment. It leverages a range of technologies and techniques that can be deemed best-in-class, these include novel AI use, motion-planning strategy, and highly-performant 3D color vision cameras: the Zivid Two is the 3D camera of choice.

A flexible, highly performant, piece-picking system for its intended market. The result is a sophisticated marriage of best-in-class technologies including color 3D vision, with the Zivid Two camera, novel AI techniques, and motion planning. All things considered, Ascent Pick may just have introduced a system that fundamentally changes the face of piece-picking robotics in the industries mentioned.

Zivid Two 3D color camera offers the most complete and versatile feature package for 3D cameras on the market currently. It is small so it can be mounted on-arm or stationary.” - Marko Simic, Chief Technical Officer

Ascent Robotics are pioneering industrial automation, intelligent robotics and digital transformation across a range of industries. One area of specialization for Ascent is the integration of 3D machine vision and the rapidly developing capabilities of AI for broad use in the logistics and manufacturing industries.

E-commerce order fulfillment was a huge $77.57 billion business in 2020* with a predicted CAGR of 10% through to 2028. They see that now is the time where the right technology convergence is perfectly placed to revolutionize this integral aspect of the modern world. Beyond the technological ‘right-time’ aspects, they see a deeper, human need for such a transformation.

Growing labor shortages are continuing to be problematic across the globe, and Covid-19 starkly exposed how susceptible our modern supply-chains are when based solely on human availability. Pick-and-place activities are identified as among the most labor-intensive human activities. Ascent also wants to be at the vanguard of freeing humans up from mundane and repetitive tasks and allowing them to focus more on areas where humans are uniquely capable.

Given all of these factors, Ascent Robotics have developed Ascent Pick as a next-generation system solution for manufacturing and logistics.

The challenges for a reliable pick-and-place system that can match human abilities are myriad. Humans are gifted with an extraordinary primary sense in its complexity and associated decision-making power. The system must be able to cope with just about anything that could be conceivably packaged and shipped to a consumer. The smallest parts might be only a centimeter in diameter, they are often shiny and reflective and perhaps the biggest challenge of all, they can often be wrapped in rolls of shrink-wrap. 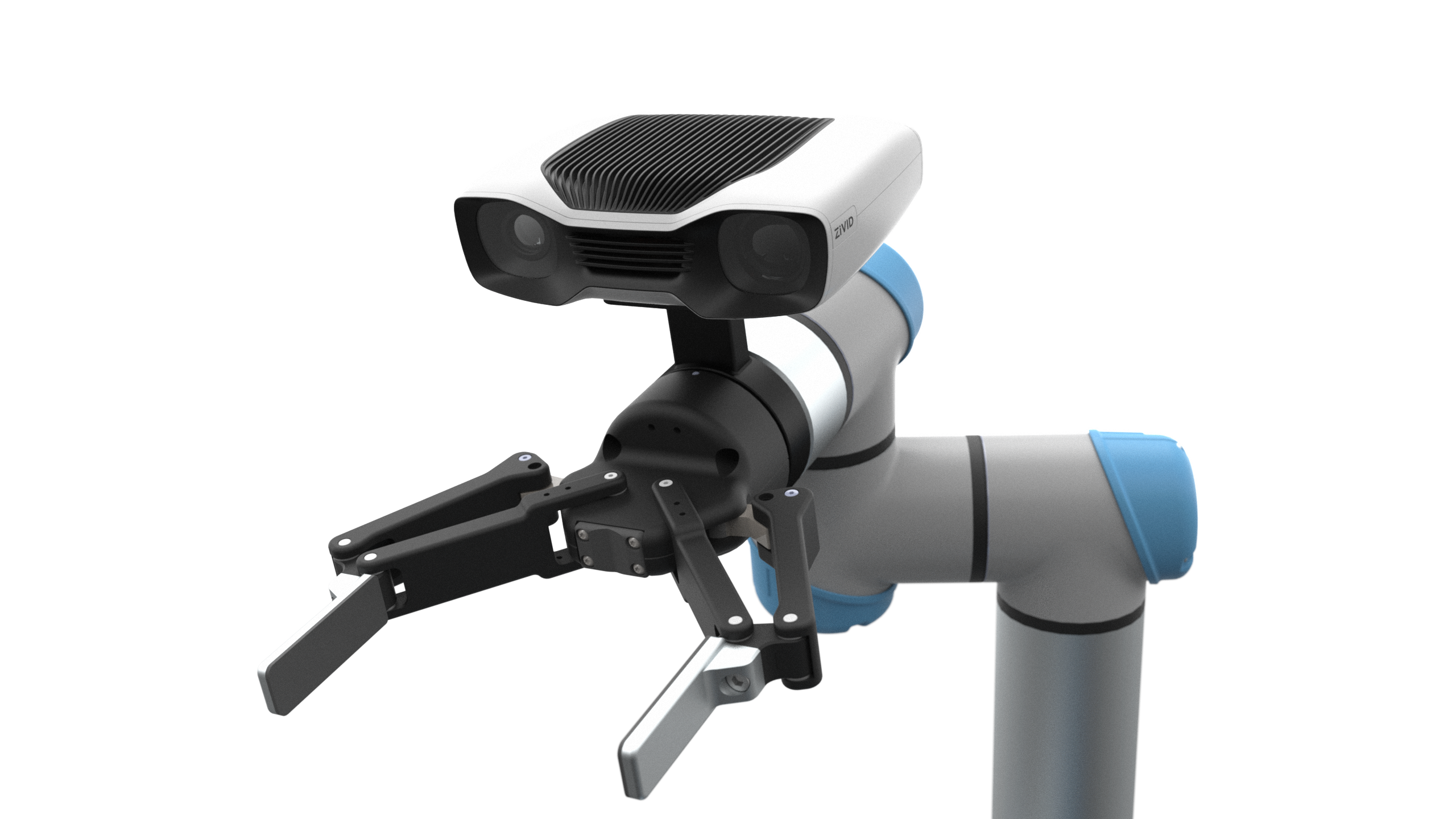 “By using Zivid Two, Ascent Pick is able to perceive and handle very small parts, as well as shiny and reflective parts. In addition to being able to handle a wider range of parts, Ascent Pick also achieves higher accuracy and precision in object grasping and placement.”

The Ascent Pick system was integrated with the Zivid Two color 3D camera mounted in an on-arm configuration. A hard requirement was a 3D camera that had the necessary performance yet was still small and light enough to be mounted on the robot arm without causing any impedance to the arm’s operation. While Ascent Pick can work with various cameras in static or on-arm configurations, after consideration the Zivid Two 3D color camera with its performance and versatility was the clear winner. With a weight of less than 1KG, a true industrial build quality to an ISO standard of IP65, fast cycle times and astonishingly accurate color point clouds it stood head and shoulders above the competition for the task. 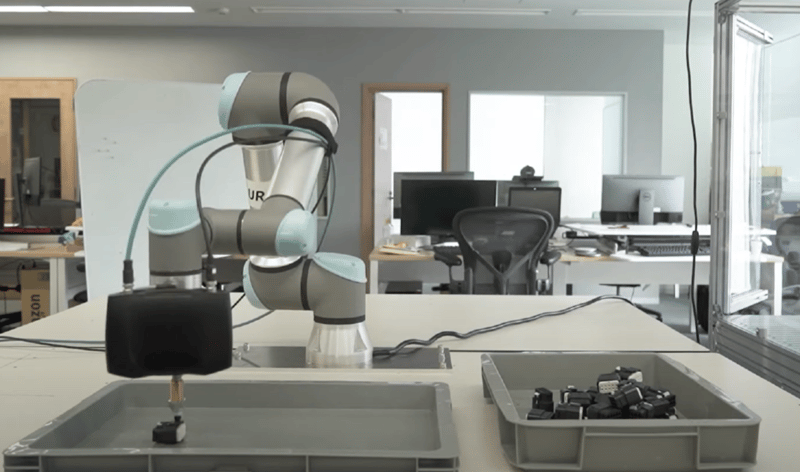 The Ascent Pick system uses a perception engine for sensing and understanding its environment. The perception engine can estimate object poses with six degrees of freedom and calculates collision-free movement and grasping for target objects. The system is flexible, and performant and it can be integrated with a selection of robots and grippers from various vendors and is compatible with a range of vision systems.

Zivid’s Core SDK was implemented in deployment together with Zivid’s drivers for Robot Operating System (ROS). These were integrated with the TeliCamSDK driver. At Ascent’s R&D center Zivid Studio and Zivid Tools are popular and in frequent development use by Ascent engineers. Ascent Robotics have expressed that for the most challenging applications where the highest precision point clouds are a requirement, the Zivid Two 3D color camera is the go-to solution for perception and vision.

The Ascent Pick system represents one of the most advanced system solutions available to the manufacturing and logistics industries for piece pick-and-place. An essential feature of the system is the sophisticated situational awareness it brings to the robot. This situational awareness is dependent upon the on-arm paradigm for machine vision. With the Zivid Two they have a vision system that goes wherever the robot arm can reach while still fulfilling all performance requirements. At the same time, it is small, light and unobtrusive allowing the robot arm complete freedom of movement when surveying the scene in front of it.

Ultimately, this cutting-edge system with all its ground-breaking abilities may well represent the future of where piece-picking robotics is headed.

Ascent Robotics is a Tokyo-based robotics company, led by the father of the Sony PlayStation, Ken Kutaragi. They develop leading-edge robotic solutions that harness the recent advances in AI and machine learning. Their motto is “Ascent is building the new code for machine autonomy – made in Japan, made for the World”.