A challenge in pick and place robotics is when we lose data, miss picks, and experience low 3D image quality due to occlusion "blind spots."

Why does it matter?

How to solve it with Zivid 3D

Occlusion occurs due to the relative placement of projector/camera and camera, creating "blind spots" (shadow areas) in our target scene. This causes a loss of scene details and hence negatively affecting 3D image quality.

Occlusion is directly proportional to the camera's baseline and becomes very prevalent on smaller objects with relatively large features in the Z-axis (towards the camera). A larger baseline camera reduces the overlapping region that both cameras or camera/projector can detect, while a small baseline camera increases it.

Why does it matter?

Almost all objects in a scene will create some shadow areas. The taller the object is, the longer its shadow will be cast, increasing the shadow area where other objects can be hidden. The shadow's length is also dependent on the distance from camera to camera/projector (baseline), and a larger baseline will lead to larger shadows.

Some objects to be forever “hidden” behind a permanent shadow, e.g., created by a bin wall, such that the bin-picking program can never empty the bin without help. 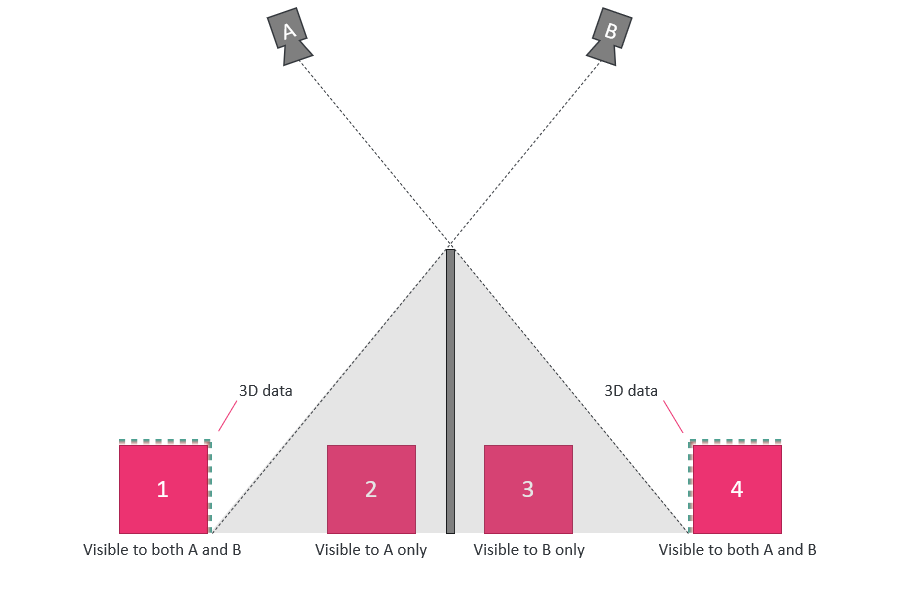 Fewer addressable objects and preferred pick-points to be identified. 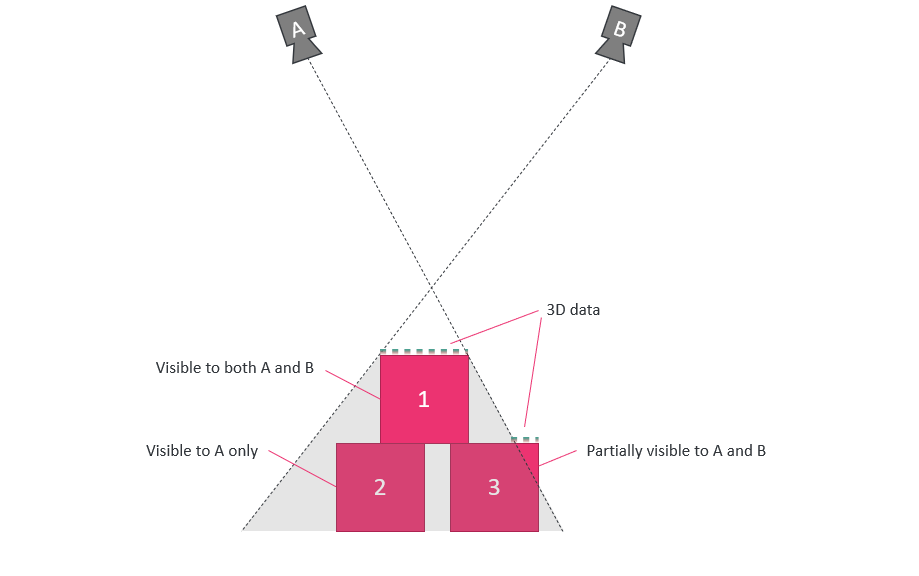 Loss of details and point cloud coverage of an object, resulting in impaired or failed detection. 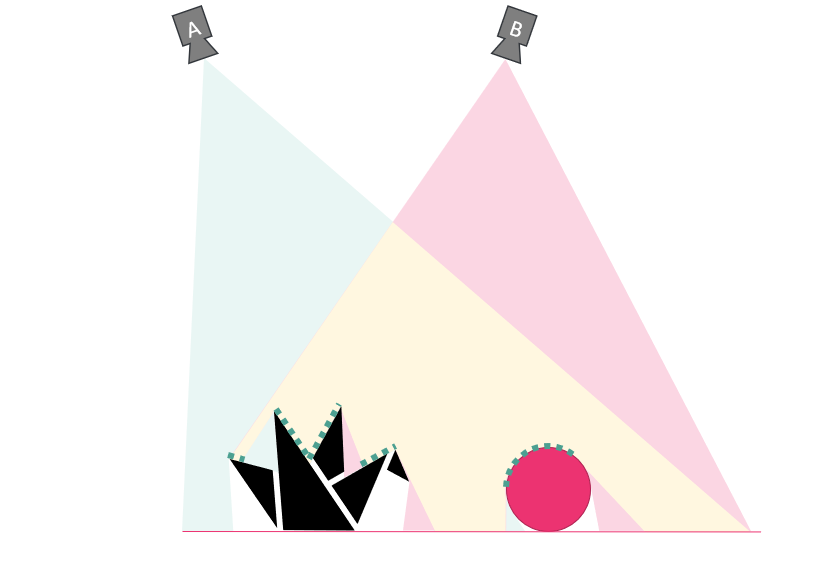 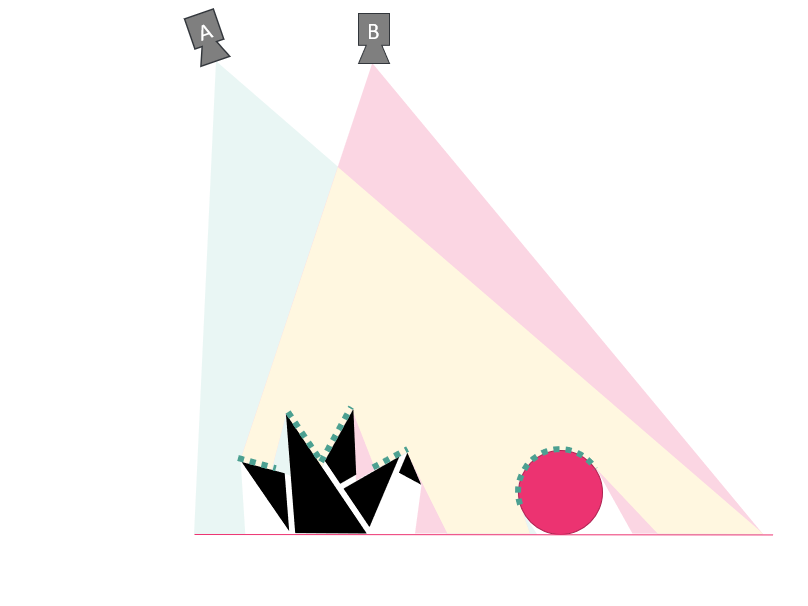 The blind spots can potentially hide objects in the scene, e.g., bin walls hide objects in a bin. It makes it more difficult to empty a bin and increase uncertainty in correctly detecting and picking objects.

How to solve it with Zivid 3D

Zivid One+ and Zivid Two 3D cameras are designed for reducing challenges in bin-picking and pick and place applications. The small baseline gives higher pixel coverage, which is especially relevant for small parts. With Zivid cameras, robots can better see smaller objects, such as shiny cylinders with smaller diameters than other 3D cameras with a larger baseline. 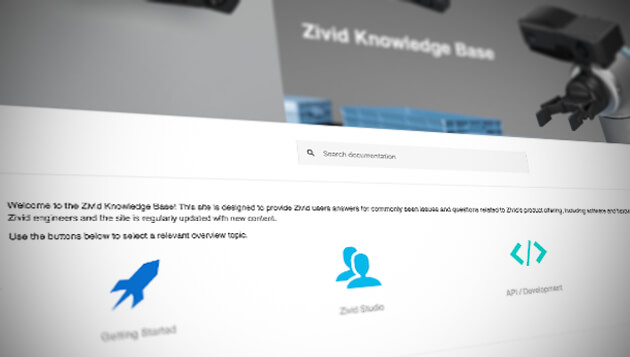 Learn more about 3D vision technology and guides for development in the Zivid KB. 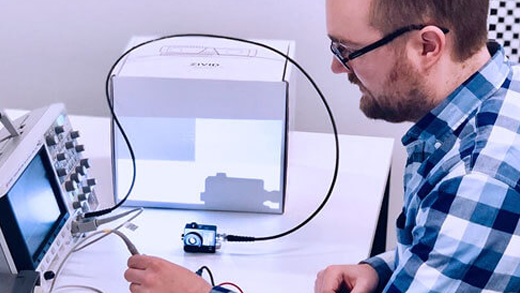 Meet our vision experts for Q&As and free demo. 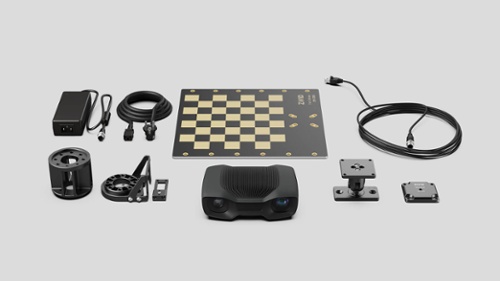 Order our 3D development kit bundle which includes a Zivid 3D camera and all the accessories you need to kickstart your automation project!