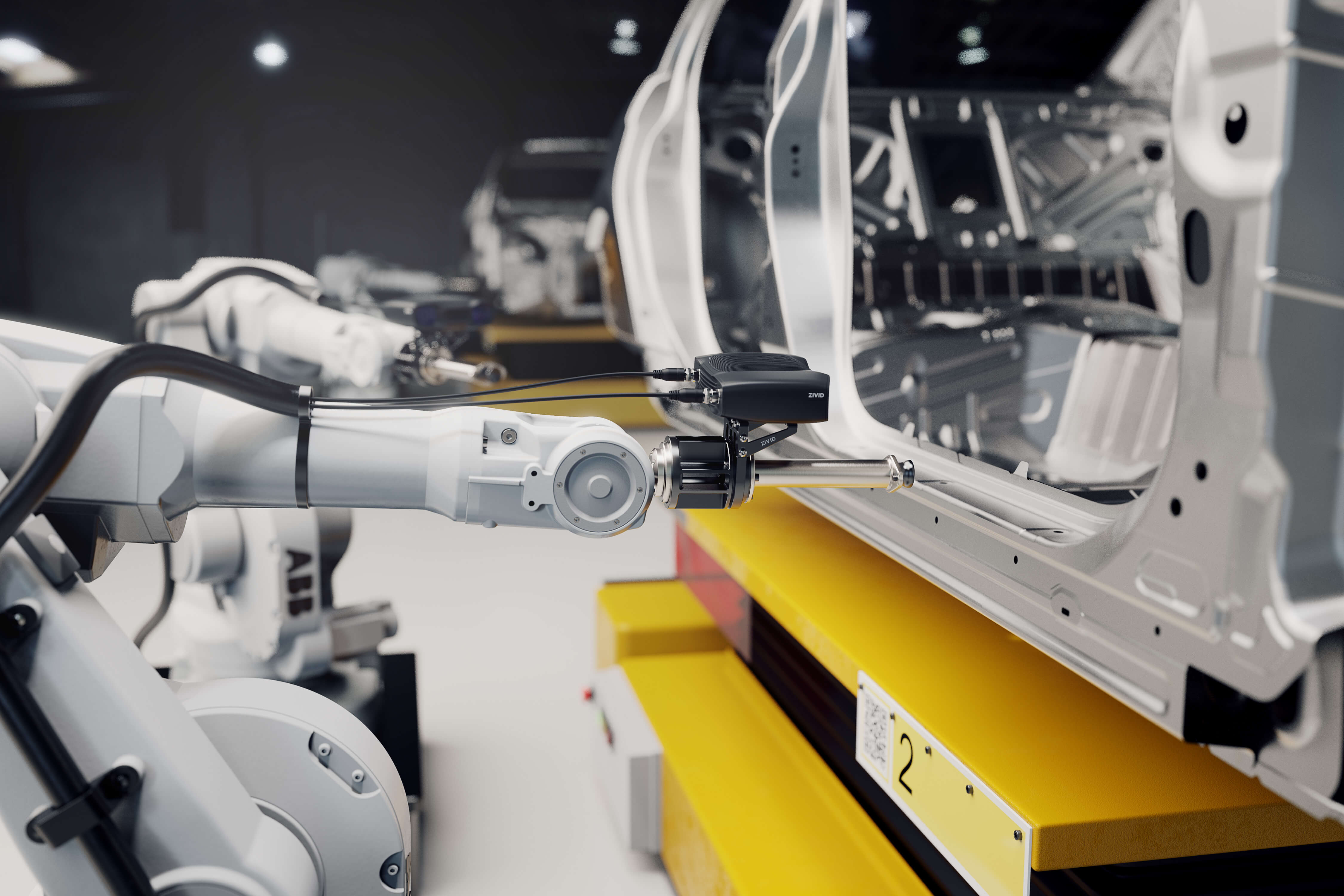 Automotive assembly is highly human-intensive with multiple complex and awkward operations. It is time consuming and can lead to work-related injuries for those involved. Until recently the technology wasn’t ready to meet the range and complexity of these tasks. With robot-mounted Zivid Two 3D vision and sophisticated deep learning software, these assembly operations are now benefitting from automation efficiencies.

This solution had high requirements for the ‘eyes’ of the robot. It also needed highly intelligent decision-making software. A combination of Zivid Two and CMES’ EQUAL AI software allow evaluation of solutions before prototype building begins, saving development time and reducing mistakes and risk.

With the Zivid Two 3D camera and CMES’ EQUAL AI software, customers in the Korean automotive industry now have a highly adaptable and reliable robot cell system that can confidently tackle the myriad of assembly operations than can occur in car manufacture.

As 3D vision becomes easier to use, many industries will adapt to the use of 3D vision to make robots more productive and capable. We believe that 70% of the manual work in the industry can be automated with vision-guided robots. With the remarkable performance of Zivid 3D cameras, their industrial ruggedness, color 3D and flexible mounting options, we can open up more and more new opportunities." - Andy Lee, CEO of CMES

The automotive industry is still very dependent on human labor for much of its operations. The assembly process is a particularly human-intensive part of the process. Much of the heavier tasks have been handed across to more efficient robots for some time, where the benefits were clearly obvious. However, much of the assembly of a vehicle is thousands of smaller items on the car chassis and interior. When a human performs these tasks, they are often in awkward to get places, requiring work in uncomfortable positions for a human. Humans get fatigued when working this way, and robots don’t, so there is an obvious benefit to automating this work.

Working with the Zivid Two 3D camera has been only a joyful experience. Our engineers followed the Zivid guidelines, and it was interfaced to, and running with our software in a few days. Working with Zivid 3D isn’t hard, most people spend more time thinking about whether it is too hard.

The video above is an example that can be used in the actual assembly process. It shows CMES' automated solution that guides the robot to accurately assemble the Ironman mask by recognizing its distortion and positioning with the Zivid Two 3D vision.

Manufacturing and logistics are still heavily dependent on human labor. In large part this is due to the complexity and unpredictability of the tasks they perform. It is easy enough to simply outline the task, but in reality, things rarely work out that way, and little shifts in procedure and factors affecting a task have made it a big challenge to automate. Automotive assembly lines are some of the most complex processes in manufacturing and an automobile consists of tens of thousands of individual parts, of all sorts of shapes, colors and assembly complexity.

Up until recently the necessary technology just wasn’t available to migrate these difficult tasks over to robotic systems, this was true from a technological feasibility, and an economic viability perspective.

The robots have improved, but the really big progress has been in the field of deployable, industrial-grade 3D vision systems, and the rapid advance of suitable and stable deep learning techniques. 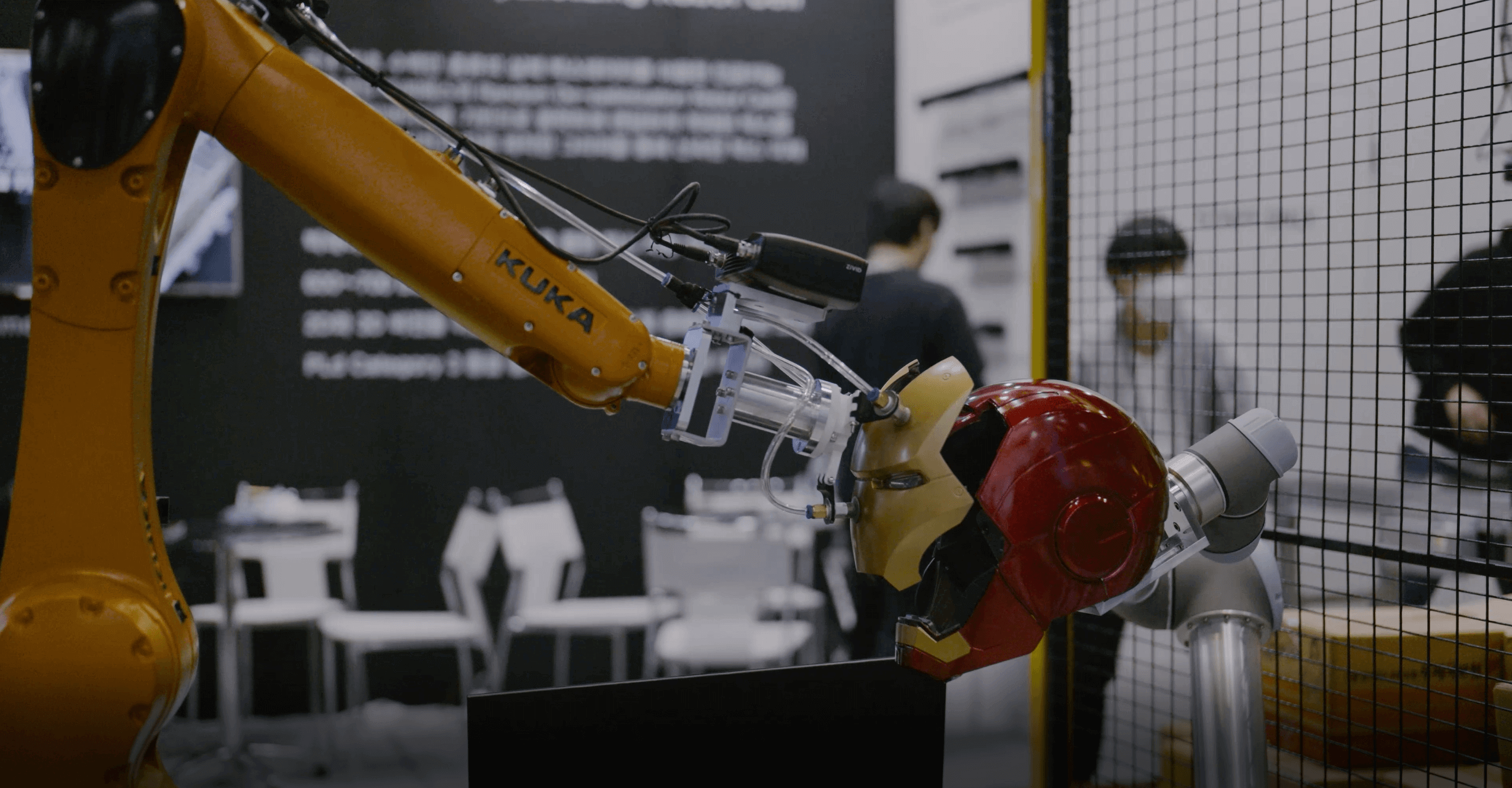 “As 3D vision becomes easier to use, many industries will adapt to the use of 3D vision to make robots more productive and capable. We believe that 70% of the manual work in the industry can be automated with vision-guided robots. With the remarkable performance of Zivid 3D cameras, their industrial ruggedness, color 3D and flexible mounting options, we can open up more and more new opportunities.”

CMES are experts at making robots visually aware and capable of making considered decisions. They have married the outstanding performance of Zivid industrial color 3D cameras with the early version of EQUAL AI technology which will be officially launched in Q1 2023. 2D and grayscale solutions have been tried out before, and just weren’t suitable due to additional calibration work for accurate part detection. CMES have been able to develop a highly intelligent robot cell that has the 3D visual ability and the intelligence in software that offers a solution that performs accurately and reliably, something essential to the automotive industry.

One example of this was the leveraging the Zivid Two’s full RGB color capability to enable much better part differentiation and detection. Another was using Zivid Two because of its short baseline and true robot-mounted design to mount the ‘eye’ on the robot itself thus allowing the robot to see into any space or area, from any angle that was best suited.

Used in the largest automotive company, the full implementation took two months, from proof-of-concept (PoC) to full working robot cell. The integration of the 3D camera to the CMES software took less than a week. CMES’ EQUAL AI predictive software allows customers to perform all necessary tasks from 3D object matching, 3D vision integration, robot calibration, object recognition. With EQUAL they can run and compare different solutions before committing to building a prototype. This reduces risk and development times significantly and means there is a much better chance for the solution to fit exactly to the customer’s needs.

The final result met the application requirements for the automated vehicle assembly with faster cycle time with the lowest possible error rate. As the robot cell solution is designed to be adaptive and flexible, customers can use the robot cell for various inspection tasks in different product lines.

CMES is a creative 3D AI robot vision company that serves the manufacturing and logistics market in Korea. From its founding in 2014 CMES has seen rapid growth and expansion and is now a leader in in its field. With there solution offerings including the EQUAL deep learning software they are supporting customers in robotic assembly, bin-picking, and palletizing applications. Their customers span logistics, steel production, electronics assembly, and food production.

Robotics is based in Los Angeles. Their goal is to improve the quality of life by leveraging robotics and AI to assist humans in tedious and ergonomically challenging tasks. Graymatter makes AI-Brains for robots to make them smart, easy to use, and rapidly deployable for complex operations. They are creating smart robotic assistants that are well-suited for complex operations in high-mix manufacturing and service applications.